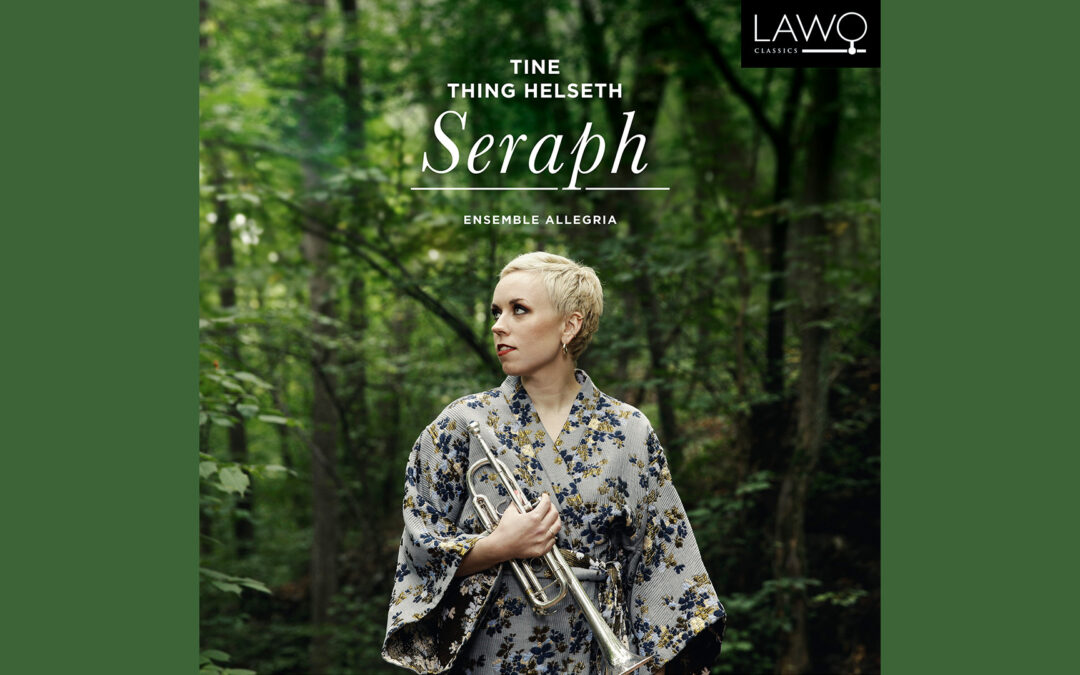 Tine Thing Helseth returns with her new album Seraph, an album of works for trumpet and string orchestra on the LAWO Classics label, performed with Ensemble Allegria. This is Tine’s second album released by LAWO Classics, following the success of Magical Memories for Trumpet and Organ in May 2021. Helseth and Allegria have been closely associated for many years, with appearances together at Bergen International Festival, Northern Lights Festival in Tromsø, Oslo Chamber Music Festival, and on the main stage at the Norwegian National Opera.

Seraph features some familiar as well as lesser known works for trumpet and string orchestra by composers from Norway and abroad, including arrangements by Jarle Storløkken.

Helseth says, “Seraph is an album I have wanted to record for a long time, both because of the repertoire and the ensemble I’m playing with. I studied together with these musicians and many are good friends I’ve known for a long time. This makes it all the more rewarding, fun and inspiring to play together! It is important to record new music, and on this album I play two trumpet concertos written by composers I’ve work with myself. The title track Seraph by James MacMillan is a wonderful blend of splendid melodies and suggestive and aggressive sections. The concerto for trumpet and strings by the American composer Eric Ewazen is a work that captures the “American sound”, and it both enchants and captivates the listener each time I perform it. The recording also features some of my favourite smaller pieces by Rolf Wallin, Alexander Arutiunian, Francis Poulenc, Edvard Grieg and Erik Satie.”

Watch the album trailer below: